4 FMLA Rulings that Changed Everything

Since it’s introduction in 1993, the Family and Medical Leave Act (FMLA) has constantly evolved in the way it’s applied as it has hit many milestones. Oftentimes, these adaptations are rooted in court cases between employers and employees that erupted when one of them neglected to adhere to the FMLA. Though there have been countless numbers of these cases, the following 4 FMLA rulings played a significant role in how the legislation is managed today and how HR departments will manage leave requests in the future. 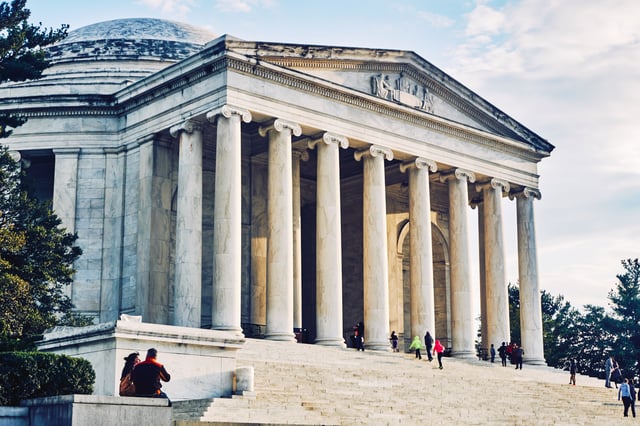 What happened: In Coutard v. Municipal Credit Union, Coutard sued his former employer for FMLA interference after he was denied leave to care for his grandfather. When he requested the leave, Coutard didn’t specify that his grandfather had raised him as a child. After being denied the request, Coutard took the time off anyway, and was fired after missing 2 consecutive days of work. Though the district court initially denied the claim, the second circuit court of appeals sided with the employee. They argued that the employer had a duty to inquire as to the nature of the relationship between the employee and the grandparent, as it in fact fell under in loco parentis.

Moral of the story: Ensure that before denying a request for leave, you inquire into the nature of the relationship between the employee and the individual that he or she is requesting to care for. The Department of Labor (DOL)’s rule of in loco parentis applies to anyone who is an essential parent to a child in terms of day-to-day responsibilities in caring for, or financially supporting a child; even if they’re not related by blood or marriage. So before you deny the leave, take a moment to really talk to your employee. Remember: open communication is one of the cornerstones of remaining FMLA compliant!

2. When the Employee Denies FMLA

What happened: In the case, Escriba v. Foster Poultry Farms Inc., employee Maria Escriba wished to return home to Guatemala to care for her ailing father. Throughout her time at the company, Escriba was no stranger to the HR department. In fact, Escriba took FMLA leave on 15 separate occasions! In this case, Escriba initially requested 2 weeks vacation from her supervisor in broken English, but later went to the superintendent and asked in Spanish if she could have more time. She was denied this request and went on her vacation, not returning until 16 days after her scheduled return to find she was fired for violating the company’s 3-day No-Call-No-Show rule. Escriba filed an FMLA interference claim, which was denied by the courts. The court argued that since she had filed FMLA properly several times, it was clear that she was taking vacation time, and not using FMLA.

Moral of the story: Although the ruling was in the company’s favor, it led to some sticky and confusing situations. The court in this case decided that an employee has the right to refuse FMLA protection, which leaves employers uncertain as to what they should do in these cases.

Employers do in fact still have the right to designate a case as FMLA, even if the employee wishes them not to, so long as the absence is for a reason that falls under the qualifications for FMLA. This is because at the heart of the policy, the employer is the party who is responsible for deeming if an absence is FMLA-qualifying.

3. The Redefinition of ‘Spouse’

What happened: The battle for marriage equality is long-running, so for the purposes of this discussion, we will focus on the major breakthroughs of the past couple years.

The first was in 2013, in United States v. Windsor, in which the Supreme Court struck down part of the Defense of Marriage Act (DOMA) which defined marriage as that between one man and one woman. This made it clear that the FMLA’s definition of spouse should include same sex couples; a victory to say the least. But it still wasn’t that simple. Because same-sex marriage was still not legal across all states, it became a large gray area for leave managers.

In March of 2015, the Department of Labor (DOL) issued their final rule, which held that marriage was based on a place of celebration rule, rather than place of residence. This extended FMLA rights to same-sex couples, regardless of whether their marriage was recognized in their state.

The major breakthrough came in June of 2015 with Obergefell v. Hodges, when the US Supreme Court decided that all states must allow same-sex marriage based on the 14th Amendment of the Constitution. This meant that HR and Leave Managers no longer had to worry about deciphering where the employee had been married versus where they lived, and if their spouse was legally covered. It was universal now.

Implications: This ruling also meant that employers in states that previously didn’t recognize same-sex marriage would need to change their internal policies and re-examine their medical benefits, retirement plans, and the like, to extend spousal rights. In many ways, it became much easier to manage leave because it eliminated the gray area.

Considerations: Employers who are self-insured are not required to offer spousal coverage or to extend it to same-sex couples. However, to exclude some employees from the benefits package based on their sexual orientation can open up disputes on sexual orientation discrimination.

Another thing to consider is that before the ruling, many employers were already offering similar leaves to employees with a significant other of the same sex in order to ensure they were treating all employees fairly. However, these employers should be careful because if they do not change the policy back to the FMLA inclusive coverage, an employee with a same-sex spouse could technically receive more leave than other employees.

What happened: In Vess v. Select Medical Corporation, Vess claimed that her employer asked her to do extensive work while on leave, including fielding calls regarding scheduling matters, answering calls about specific work duties, completing training and inputting data. Vess was on leave after sustaining a knee injury in her employer’s parking lot. When she returned to work she was fired shortly after for misconduct and filed her claim for FMLA rights violations.

The moral of the story: The court case helped spell out for employers what they may ask of their employees while they are out on FMLA leave which includes the transmission of institutional knowledge to new staff, the provision of passwords, asking for closure on completed tasks, and asking for recommendations of employees who can help fill voids.

Keep these rulings in mind when you are managing your team sp that you remain compliant! If you need a bit of help in the area, there are technology solutions that are kept up to date based on these changes in FMLA policy, to keep you in the clear.

Now back to you. Have you seen direct implications on your leave management process since some of these rulings came into play? We’d love to hear from you. Let us know on Linkedin or Twitter!